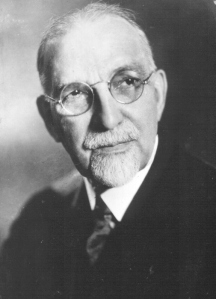 This hand-tooled saddle belonged to Boothe Colwell Davis, fourth president of Alfred University (1895-1933). It was given to him by his father, probably in 1884. He used it to travel to Alfred from his home in West Virginia when he came as a 22-year-old student to attend classes in 1885. He then used it during his years at the Yale Divinity School and when he later returned to Alfred in 1895 as the University president and pastor of the Seventh Day Baptist Church in Alfred. It was donated to the University by the family.

This entry was posted in Artifacts, People and tagged Saddle. Bookmark the permalink.